It was the flicker felt ’round the region, and it had people talking. But what caused the lights to dim Monday night around 9:05 p.m. from Des Moines to Kearney, and beyond, is, in actuality, not so mysterious.

A shield wire, designed to protect transmission lines from lightning, broke loose near an OPPD substation in Bellevue, Neb. It dropped down into a conductor. That caused breakers to trip, and removed the 345-kilovolt line from service. The contact caused a lowering of the voltage.  And briefly, it dipped down even lower when the line was removed from service. That transmission line spans from that Bellevue substation all the way to 108th Street and Blondo Street in Omaha. This is why lights and electronics dimmed or flickered throughout the area, but power was never lost. The system is backed up and protected, in order to keep electricity flowing reliably. 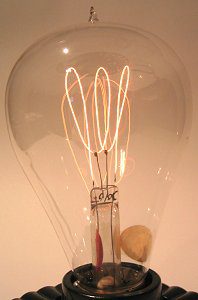 So, why was the flicker felt along a much broader swath? It’s because we are part of the Eastern Interconnection, which spans from east of the Rockies up to Canada and the eastern United States, and south, with the exception of Texas. This system benefits utilities by allowing multiple routes for power flow, helping ensure reliability. However, when a big energy dip is felt in one place, it may be felt elsewhere within the network, albeit to a lesser degree the further you go from the source of the trouble.

Power companies like OPPD do have the ability to take action to stop or interrupt major disruptions or line faults before they reach our service territories.

Many people in our area also reported seeing a big flash in the sky. That makes sense, given the shield wire falling into a conductor would have caused quite the arc, visible for miles. There were no injuries, and, again, no power outages, as a result. 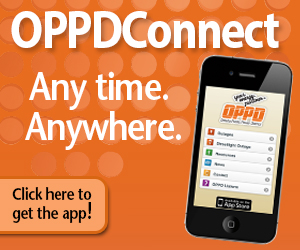