Last year, the area’s first snowstorm was on Oct. 14. So in that sense, we are already in better shape than last winter.

Winter is still months away, at least according to the calendar, but Nebraskans know the calendar doesn’t call the shots when it comes to Mother Nature.

According to the National Weather Service’s Climate Prediction Center, there is a chance that precipitation could be slightly above average for our region. Forecasters with DTN, which provides OPPD and other energy companies with weather forecasts, said the winter is expected to begin mild, with warmer than average temps before switching to colder weather in the first months of 2020.

The region was hit hard by several snowstorms last winter. But what everyone remembers is the historic flooding in March. And the phrase “bomb cyclone” is one many Midwesterners hope to never hear again.

That flooding actually started as a snowstorm then turned to heavy rains that could not be absorbed into the frozen ground. The result was ruined infrastructure in many areas and millions of dollars in devastation.

The temperature trends could resemble last year, mild to start and much colder later. The chances of a polar vortex creeping southward may come into play in January and February, according to DTN.

With a polar vortex comes the risk of “blocking patterns” or prolonged periods of high or low pressure centers settled over a region that prevent other weather systems from moving through. That could mean multiple-day stretches of bitter cold for the region.

DTN said polar vortex intensity and shape can typically only impact a weekly time period, but conditions appear to be setting up for a colder winter.

Expect plenty of variation this winter, otherwise known as typical for Nebraska.

“Without either El Nino or La Nina conditions, short-term climate patterns like the Arctic Oscillation will drive winter weather that could result in large swings in temperature and precipitation,” said Mike Halpert, deputy director of the National Oceanic and Atmospheric Administration. 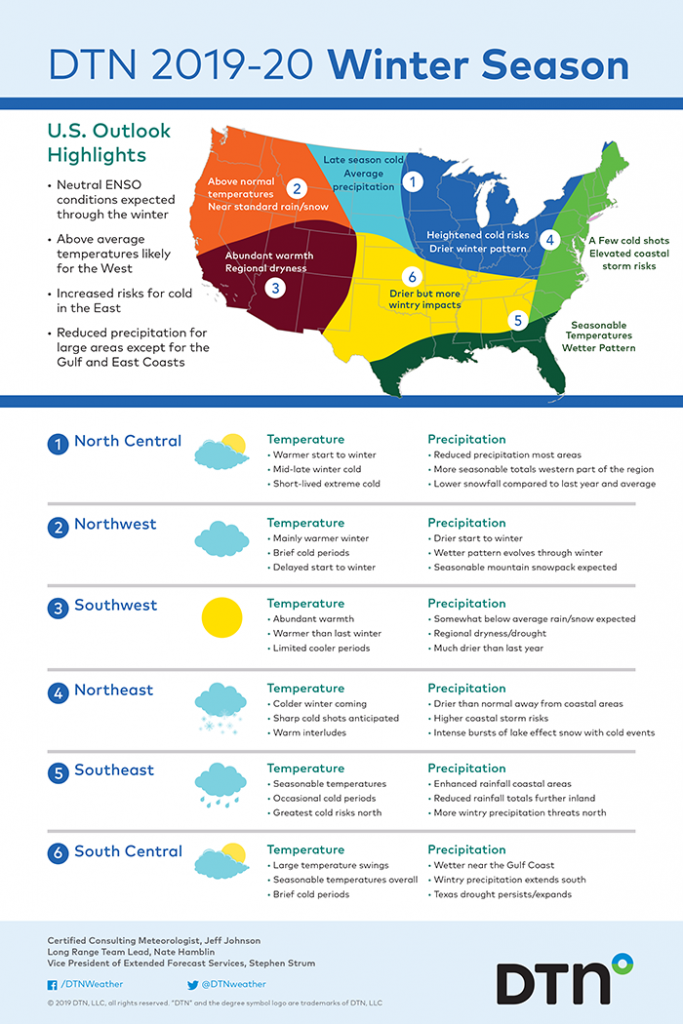